Covid-19, The Great Reset, One-World Communist Rule... and the Documentation that It Was All Planned Ahead of Time

"This was all planned." 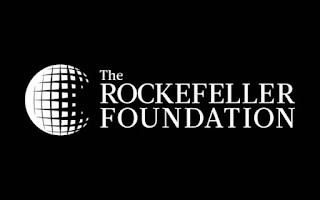 The first to proclaim that the institution of a One-World, Totalitarian, Fasco-Communist Society would be carried out via the staging of a global pandemic and the ensuing response to it,... was the Rockefeller Foundation, in their May 2010 internal-document "Scenarios for the Future of Technology and International Development"

...in which they not only lay the plan out, step by step, in a number of different scenarios for full takeover of government, industry, technology, and culture,... (scenarios which they've dubbed; "Lock Step," "Clever Together," "Hack Attack," and "Smart Scramble,") ...but also declare their intention to enact said plan, and said scenarios, each of which they propose trying in a different part of the world to gauge the efficacy of each, and to shift efforts from the least to the most effective among them, as they go along.

It's been around for a while. Lots of places you can get it.

Now you can get it here too.

As you read along, see if you can match each of the four scenarios to various parts of the world, where those exact overt control actions are being taken, as we speak.

Christopher SkySunderer is a devout Christian and an Ohio-based Voluntaryist, Anarcho-Capitalist blogger, political pundit, Forex investor, and venture capitalist. He is the owner and founder of SkySunder Holdings LLC, SunderTheSky.com and the host of the Sunder the Sky Podcast.

Join the Sunder the Sky Podcast Group on Facebook, here: Join the Group!