Is the Fear of Markets Rooted in Neurosis? 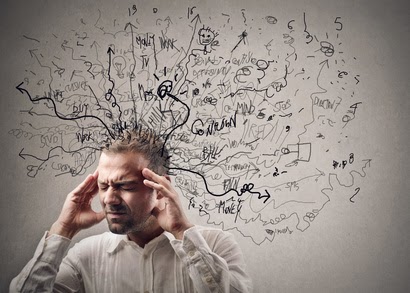 Neuroticism - the tendency to experience negative emotions like anger, fear, and sadness - is a pillar of the Five Factor Model of personality.  Human beings routinely attribute their emotions to external circumstances.  For proximate causes, they're often right.  The underlying reality, though, is that some people - the highly neurotic - naturally focus on negativity.  Which brings me to one of my pet theories: neurotic politics.  Quick version: When neurotics turn to politics, they find an infinite series of reasons to feel bad, which helps them stay one step ahead of the realization that their fundamental problem is inside their own heads and can be fixed by no one but themselves.  In light of my pet theory, I was struck by this passage in War and Peace:

There is decent evidence that anti-market people are more neurotic, but is there a broader literature on neurotic politics I should know about?

"He who accepts life for what it is and never allows himself to be overwhelmed by it does not need to seek refuge for his crushed self-confidence in the solace of a "saving lie." If the longed-for success is not forthcoming, if the vicissitudes of fate destroy in the twinkling of an eye what had to be painstakingly built up by years of hard work, then he simply multiplies his exertions. He can look disaster in the eye without despairing.

The neurotic cannot endure life in its real form. It is too raw for him, too coarse, too common. To render it bearable he does not, like the healthy man, have the heart to "carry on in spite of everything." That would not be in keeping with his weakness. Instead, he takes refuge in a delusion. A delusion is, according to Freud, "itself something desired, a kind of consolation"; it is characterized by its "resistance to attack by logic and reality." It by no means suffices, therefore, to seek to talk the patient out of his delusion by conclusive demonstrations of its absurdity. In order to recuperate, the patient himself must overcome it. He must learn to understand why he does not want to face the truth and why he takes refuge in delusions. (...)

In the life of the neurotic the "saving lie" has a double function. It not only consoles him for past failure, but holds out the prospect of future success. In the case of social failure, which alone concerns us here, the consolation consists in the belief that one's inability to attain the lofty goals to which one has aspired is not to be ascribed to one's own inadequacy, but to the defectiveness of the social order. The malcontent expects from the overthrow of the latter the success that the existing system has withheld from him. Consequently, it is entirely futile to try to make clear to him that the utopia he dreams of is not feasible and that the only foundation possible for a society organized on the principle of the division of labor is private ownership of the means of production. The neurotic clings to his "saving lie," and when he must make the choice of renouncing either it or logic, he prefers to sacrifice logic. For life would be unbearable for him without the consolation that he finds in the idea of socialism. It tells him that not he himself, but the world, is at fault for having caused his failure; and this conviction raises his depressed self-confidence and liberates him from a tormenting feeling of inferiority."

Bryan Caplan is a professor of economics at George Mason University, research fellow at the Mercatus Center, adjunct scholar at the Cato Institute, and blogger for EconLog. He is a member of the FEE Faculty Network.

Posted by Christopher Loree at 9:23 PM